Bishoujo Senshi Sailor Earth by Yahiko-chan
BSSE Reboot! A new, original doujinshi! The Earth is in danger, and a new Sailor Senshi is needed to help save it. (in progress, reboot added 10/21
(contains mild transformation nudity)

Eternal Love by Xobulmaxo
Naru dreams, or does she?... (One-shot) 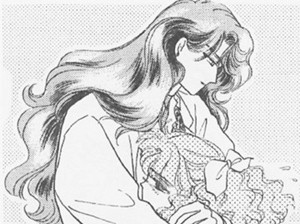 Moon Fight: Prism Heart
Nephrite and Naru have a reunion. A story from one of the Moon Fight doujinshi. It appears to have the title "Prism Heart" on the last page.
Many many thanks to Chepseh (whose art you can see in the Fanart Gallery) for the scans!
(The shadow down the middle of the images is because she didn't want to break the book binding by pushing it down flat on the scanner.)
Remember to view right to left. Rated R for just a touch of mature content.
***Now with bonus stories!*** 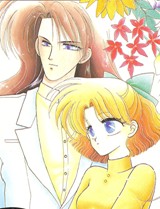 Secret Romance
Doujinshi scans with translations by Sherrie. Naru, grieving over Nephrite's death, receives a mysterious visit...
This is the doujinshi that I have scans from elsewhere on the site. Now you can enjoy the whole story, thanks to Sherrie's translations!

AMVs
Links to anime music videos featuring Nephrite and Naru. I am unable to host AMVs, but if you make one and post it on YouTube, send me a link!

IMHO
My editorials on some issues about Sailor Moon and the Dark Kingdom. I don't feel quite as strongly about some of these things as I once did, mostly because my site has been around so long and is still alive, so I feel like I've proved my point. Just because I'm entitled to my opinions doesn't mean that everyone else also has to be entitled to my opinions, but there still might be some interesting things in here.

Computer Goodies
Anime banners, animated gifs, and wallpapers. The old NNP one is still available; I'll try to make a new one with the new site name sometime.